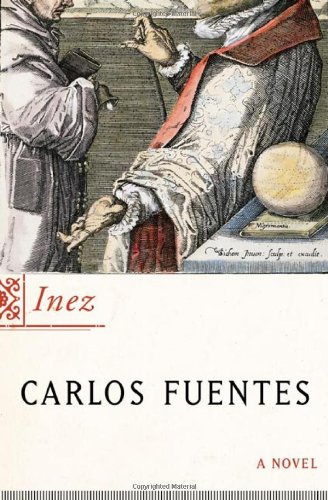 This brief novel, unlike the historical epic , tells two simple stories in a manner that rises to great heights of narrative improvisation without overstepping its bounds. Gabriel Atlan-Ferrara, a symphony conductor renowned for his brio, falls in love with Inez Rosenzweig, an opera singer. Gabriel's love blossoms from initial outrage, when Inez upsets Gabriel by singing too loudly, to survive many years, many performances (including one rehearsal in London 1940, during the blitz), and even an assault from a hotheaded rival. Finally, the only thing that binds the conductor to his love is a shimmering glass seal, which inspires visions of his past, his present and his future. Running parallel to this story is a tale from Inez's dreams, a poetic, elegantly spare love story from a time before recorded history: an ancient couple falls in love as their primitive race migrates across still-forming landscapes. The integral tale counterbalances the conductor's wild, dramatic thoughts, broad generalizations suiting the Berlioz he conducts most successfully—reaching his professional apex in a production of , in which Marguerite enters the performance hall naked and then strips Inez naked as well, a transcendent moment for the conductor but shocking for the audience. Gabriel becomes a poignant symbol of all artists, taming the conflicting forces within their own work, even as love itself develops symbiotically. Even if some of the flamboyant observations about memory and art bouncing around in the conductor's tempestuous psyche seem overblown or too easily earned, this novel is still a worthy addition to Fuentes' varied but persistently exciting oeuvre.