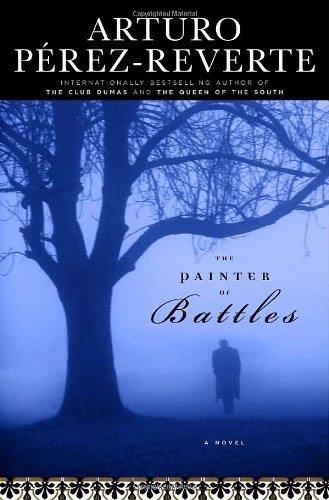 The Painter of Battles

Novelist and former war correspondent Pérez-Reverte ( ; ) adds another taut literary thriller to his critically acclaimed list. Andres Faulques, an award-winning war photographer, is holed up in a stone tower on the Spanish coast, purging his wartime memories by painting a battle-scene mural. He has abandoned photography and is also unsuccessfully trying to banish the memory of his lover, the brilliant, bewitching Olvido, also a war photographer, who was killed as Faulques watched. One day, a strange visitor, the Croatian ex-soldier Ivo Markovic (who turns out to be the subject of one of Faulques’s most famous photos), arrives with an evil agenda: he plans to kill Faulques, but first he wants to tell him how the photo altered the course of his life. (Let’s say it didn’t do him any favors.) Some readers may find the narrative slow—much of the novel takes place in Faulques’s head, with lengthy reflections on the atrocities he has photographed, the social responsibilities of artists and photographers, and the consequences of choice and chance—though others will relish the meticulous details and dark, brooding tone.