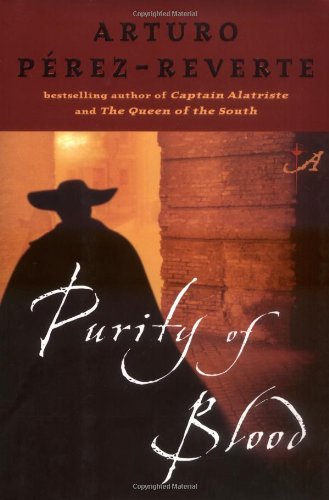 Those looking for seriously entertaining thrills will welcome Pérez-Reverte's second 17th-century Spanish swashbuckler featuring the exploits of stoic, honorable Capt. Diego Alatriste (after 2005's ). A father and two brothers accompany Alatriste on a mission to rescue their sister from the convent in which she has been imprisoned. Things go wrong when an old enemy of the captain ensures that Alatriste's ward, 13-year-old Inigo Balboa, falls into the hands of the Inquisition. With the aid of the great Spanish poet Francisco de Quevedo, all is made right. Rich in historical detail and sardonic observations, the narrative begins leisurely. The pace picks up, but the action is never so breathless as to sweep the reader along, as with . Still, this will matter little to fans, who are sure to look forward to further installments in the series.