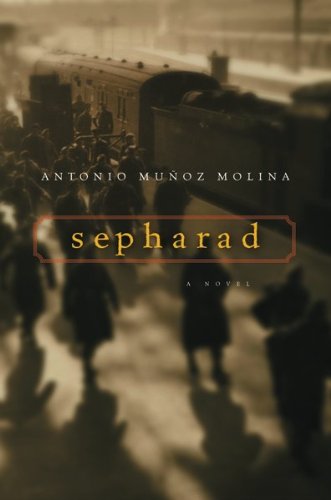 Award-winning Spanish author Muñoz Molina explores themes of memory and exile in this dense, ardent volume, his second to be translated into English (after ). "I have invented very little in the stories and voices that weave through this book," he writes in his author's note; in 17 chapters linked by theme and subject, readers meet men and women—both real and imagined—in the shadow of the Holocaust and the regimes of Stalin and Franco. In "Copenhagen," Muñoz Molina reflects on the relationship between narrative and travel: on Franz Kafka's affair with Milena Jesenka, which was "crisscrossed with letters and trains," and a Jewish acquaintance's memory of a trip to Paris in 1944, when a jammed hotel door sparked the terror of a captivity narrowly avoided. In "Silencing Everything," a man from Madrid recalls his experiences as a soldier in Russia during WWII, and in "Sacristan," a man who left his small village for the city mourns the changes in his childhood home. The author himself appears as a character, a man in exile from his own life, drowning in his search for stories: "I have flirted," he says, "with the idea of writing a novel, imagined situations and places, like snapshots...." Muñoz Molina's stories are intensely engrossing, but his prose can be tricky: he might switch mid-paragraph, for instance, from first-person to third-person narration, and his descriptions of physical details can take on the tone of an incantatory recitation. But patient readers will be richly rewarded by a nuanced view into a foreign world.