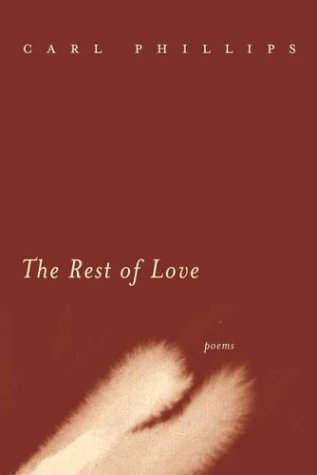 THE REST OF LOVE

Furthering an idiom worked up over six previous books and showing no signs of exhaustion, Phillips delivers another brittle, electric set of poems on love, sex, masculinity and their classical contours. In 33 lyrics divided over three sections, Phillips's unmistakable, short-lined apostrophes, riddled with exhalative em-dashes and pulled-up-short interrogatives, perform the kind of personal control that, before , would have been a main component of domination, but has slowly modulated into conscious attempts at sharing one's physical and psychic lives fully—or as fully as possible: " " Phillips finds a series of images, from "White Dog" ("First snow—I release her into it—") to a donkey in Santiago ("He shot the ass/ in the head. Simple.") to "the boy at the bow" of a sculling crew ("the rest of the boys/ sang back"), and works each singly and satisfyingly. And as with Phillips's other recent work, while the poems do not form a series, they seem to provide multiple and overlapping accounts of the title's excess (or its repose) without trying to define it. The result will not only please fans, but will send new readers back to recent books, which may be accumulating more quickly than they can be absorbed.