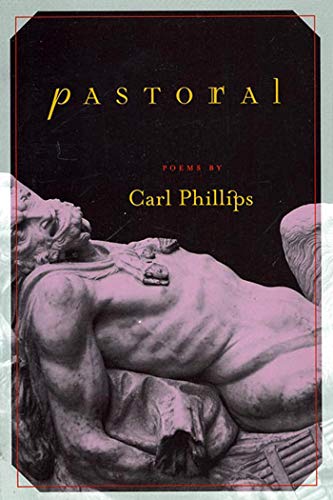 ""When I think of desire,/ it is in the same way that I do// God: as parable, any steep/ and blue water, things that are always/ there, they only wait// to be sounded."" The lyric sounding of human feeling against desire, the natural world and religious striving has been reenvisioned by Phillips over three books, including last year's NBA-finalist From the Devotions. In this brilliant fourth collection, foreboding fields and roaming creatures (""mouths gaped not/ in song but for those night-flying// insects that now, but too early, too/ readily, ascend"") continue to echo the sorrow, alienation and eros of bodily existence. The fragmented diction and structure in poems such as ""Unbeautiful"" are contrasted by the dazzling ""Hymn,"" written in the poet's classically slim tercets and singing to ""...one more of many other nights/ figured with the inevitably/ black car, again the stranger's// strange room entered not for prayer/ but for striking prayer's attitude, the body// kneeling, bending, until it finds/ the muscled pattern that predictably, given strain and// release, flesh assumes."" At the collection's center is the five-part lyric sequence ""And Fitful Memories of Pan,"" in which Phillips's tireless attention to the body finds the god's hands are ""shaped by damage, fitted/ for it."" The collection's last poem, ""The Kill,"" ends with the speaker-as-hunter: ""one animal at attack,/ the other--the other one/ suffering, and love would// out all suffering."" This cautiously hopeful note suggests less a reconciliation than a giving over of the self to encounter, one where the poet's various concerns come together beautifully. (Jan.)
close
Details