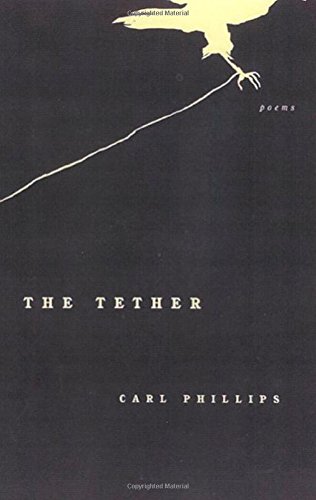 With his signature clausal intricacies and forbiddingly terse tercets intact, Phillips makes the jump after four books with Graywolf to FSG. Yet where books like Cort ge (1995) and From the Devotions (1998) were fraught attempts finding a language to control highly charged, even mortally erotic circumstance, last year's Pastoral, while still saturated with difficult longing, hinted at the possibility of d tente. The grudging pleasures and negotiations of leashed life are the main subjects of this fifth collection, which looks back to previous work and, for the first time, forward to the beloved's continued presence: ""There was, one time, a stag / And now there isn't,// is there?/ And no, he won't come,/ ever, back. This is the widening, but// not unbeautiful wake of his having/ left us."" While the hunt, a recurrent Phillips motif, continues here, and ""carnage's/ bright details"" (i.e., cheating) are suitably hung up, they are more instinctual relapse than planned pursuit, and are dealt with accordingly. The book's last poem, ""Revision,"" shifts from intentionally unstable tercets to firmly decisive couplets, mirroring the speaker's aware-of-the-stakes commitment: ""I recognize you / and the recognizing has the effect of/ slowing down that// part of me that would/ walk past, or as if away toward// another ending You/ speak first. And I'll answer."" (Apr.) Forecast: Along with Henri Cole, Phillips some of the most formally accomplished first-person poems of male desire and relationships of his generation worthy of immediate generational predecessors Gunn and Bidart. This book should bring Phillips deserved mid-career accolades, and pave the way for a new and selected volume.
close
Details