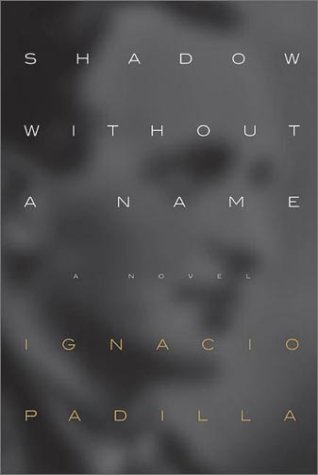 SHADOW WITHOUT A NAME

Once immersed in this sophisticated novel by a young Mexican writer, readers may feel they have been conducted by a sardonic host into a labyrinth and left to find their way out. Characters based on real people assume and abandon identities over the course of the two world wars and beyond, and the sole connecting element, as in many tales of intrigue, is the game of chess, over whose board identities are exchanged. Gen. Thadeus Dreyer, architect of the Nazis' Amphitryon Project, is one of Padilla's real-life characters; the most significant is a figure glimpsed only indirectly, but central to the novel—Adolf Eichmann. This engineer of the Final Solution escaped to Argentina after the war and was finally discovered and removed to Israel, where he was tried and executed. The story suggests the possibility that a number of men were trained to be stand-ins for key Nazi party leaders at public events. What, the novel asks, if one of them had permanently replaced Eichmann? Was it truly Eichmann who sat on display before the world at his trial? Padilla handles the question with marvelous dexterity and invests it with great suspense, although the mechanism begins to creak at the climax. No reader who remembers the grinding factuality of the Eichmann trial will entertain any doubts, but the story adds another dimension to the mysteries of identity and the banality of evil.

In Search of Klingsor