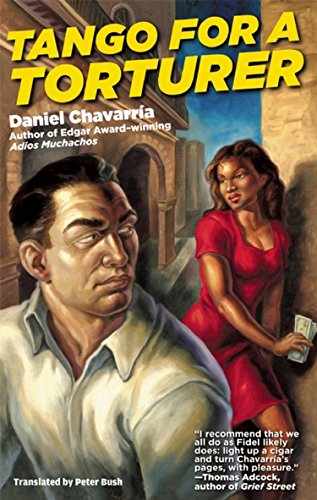 Tango for a Torturer

A one-time Argentine revolutionary exacts an inventive revenge on the ex-military man who once did him a horrible wrong in this superior crime novel from Uruguayan author Charvarría (whose 2001's won an Edgar). While visiting Havana, Aldo Bianchi, now in his mid-50s and living in Italy, falls in love with Bini, a spectacularly beautiful, not particularly monogamous 27-year-old woman. In the midst of his efforts to talk her into marrying him, he discovers that the now retired Uruguayan military officer who tortured him and killed his girlfriend years earlier is living in Havana, enjoying a happy life under the false name Alberto Ríos. Intent upon seeing harsh justice done, Bianchi employs every trick he can, including Bini's personal charms, to lure Ríos into a complicated trap. The author, who lives in Havana, brings to his novel a superlative narrative sense, keen feel for human behavior in desperate situations and a deep understanding of the nature of dictatorships. Charvarría is as adept at comedy as he is at tragedy.