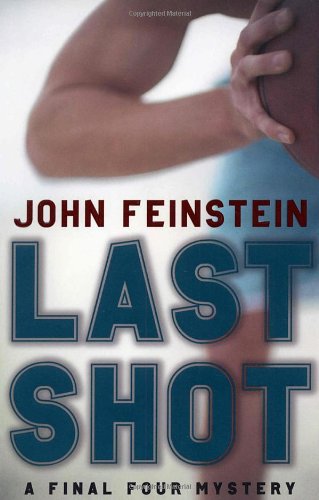 Sports and mystery get equal play in sportswriter and adult author Feinstein's ( ) novel set during a Final Four basketball tournament in New Orleans. Taking center court is 13-year-old Stevie, who—along with Susan Carol, another eighth grader—landed tickets and press passes to the weekend's games by winning a writing contest sponsored by the U.S. Basketball Writers Association. The story starts slowly with some superfluous dialogue and a surfeit of detail about specific players, coaches, sports writers and announcers. Yet the pace picks up when Feinstein casts the two aspiring young sports journalists in additional roles of sleuths: the pair overhears a man blackmailing Chip Graber, the star player (and son of the coach) of the Minnesota State team to throw the championship game against Duke. Though they can't see the culprit during this conversation, it takes the youngsters no time at all to identify him as a member of MSU's faculty—ironically, an ethics professor. As Stevie and Susan Carol team up with Chip to uncover the intricacies of the blackmail plan—and to try to foil it—the author's plotting entails some fancy footwork that will keep readers on their toes. The minimal on-court action is nonetheless dramatic and briskly paced. Young basketball fans will most appreciate the caper, but mystery buffs will also turn these pages eagerly. Ages 10-up.