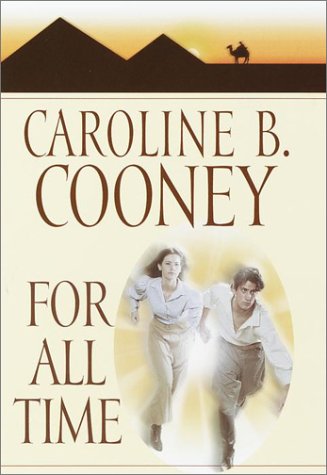 The time-travel series that began with adds another breathlessly romantic whirl through the centuries. Experienced time-traveler and 20th-century high-schooler Annie ventures into New York City to see an exhibit of Egyptian art in which she hopes to find a photograph of Strat, her lost 19th-century love. With any luck, seeing Strat's image will magically jolt Annie back through time. The jolting works a bit too well: instead of stopping in Strat's era, Annie journeys all the way to ancient Egypt, where she is taken in (à la Moses in the bulrushes) by the pious yet independent-minded Renifer. Meanwhile, back in the 19th century, feisty Camilla Mateusz disguises herself as a young man and goes to work for a private detective. Assigned to hunt down Strat on behalf of his evil father, Camilla ends up in Egypt, at the dig where Strat works as a photographer. Narrated in the author's characteristically breezily, intimate style, a series of swoopy, swoony plot twists links the various characters and time periods. Although the flap copy indicates that this installation will conclude the series, its end (featuring Annie's nascent relationship with Strat's great-grandnephew) certainly doesn't rule out a sequel. Ages 12-up.

Both Sides of Time Out of Time Prisoner of Time