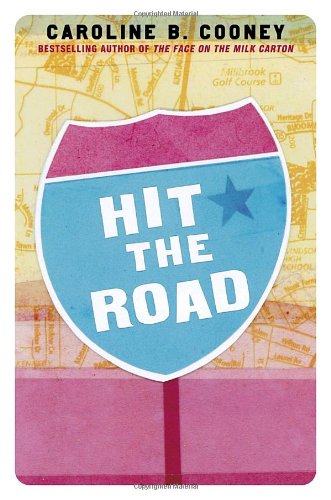 Cooney's ( ) latest novel accelerates from 0-60 in its first three pages, when Brittany is put in the driver's seat (literally) of a wild scheme masterminded by her normally placid grandmother. Nannie is determined to attend her 65th college reunion in Maine but unable to drive the minivan she has rented. After picking up Nannie's former college roommate Flo, the three then "kidnap" another college roommate, Aurelia, from the nursing home to which her "dreadful wicked son," Aston, has committed her. A novice driver who has had her license for less than two weeks, Brit soon finds herself chauffeuring her 86-year-old passengers along highways from Connecticut to Long Island and on to Massachusetts, along the way accomplishing such feats as backing up, parallel parking, and even driving onto and off of a ferry. Moral support comes from an unexpected source: Brit's long-time crush, Cooper, who has spent the past six months acting distant, but whose frequent cell phone calls to her indicate a different set of feelings. The novel's pacing is well above the speed limit, and Aston turns out to be a formidable villain whose presence lends some urgency to the thoroughly enjoyable novice-driver slapstick. Skillfully woven through the adventure are some thoughtful and touching observations about what it means to be merging onto the highway of adulthood while a loved one's exit ramp is soon approaching. Ages 12-up.