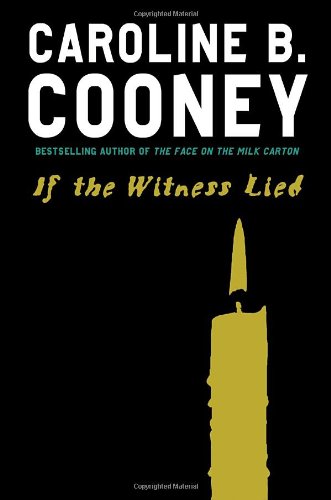 If the Witness Lied

Readers will be unable to put down Cooney's latest thriller. Jack, 15, lives with his two-year-old brother, Tris, and his aunt, while sisters Smithy and Madison are living elsewhere. Taking place on a single day, the novel switches between the viewpoints of the older family members and a teenage neighbor. Early hints point to Tris being a controversial figure, and it is gradually revealed that he is believed to be the cause of his parents' deaths (their mother delayed chemo to give birth to him). But as the day wears on and the siblings reunite, whether or not Tris inadvertently caused their father's death (the parking brake on his Jeep was released and it rolled over him) comes into question. Additionally, a religious undertone has several characters rethinking their relationship with God. Adding to the family's misery, their aunt has arranged for their lives to become a TV “docudrama,” hosted by a man so sleazy he asks Smithy, “What was it like to realize your mother would rather die than bring you up?” Cooney masterfully ratchets up the tension in each scene and delivers fully in the exhilarating conclusion. Ages 12–up.