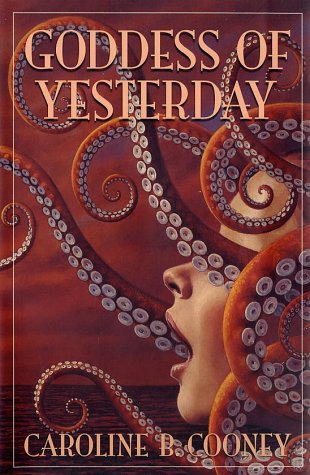 Cooney (; ) turns her considerable talent to a classical subject—the prelude to the Trojan War. The cherished daughter of the chief of a tiny, nameless island in the Aegean, Anaxandra is taken as hostage by King Nicander, and brought to his home as companion to his daughter Callisto. When pirates attack Nicander's island, Anaxandra—the lone survivor—is taken in by King Menelaus of Sparta, who believes she is the Princess Callisto. In the court of Menelaus and his gorgeous but cruel wife, Helen, Anaxandra has a heart-poundingly immediate view of the shocking events set in motion when Paris, a handsome prince of Troy, comes to pay a visit. Spirited off to Troy itself in place of Helen's daughter Hermione, Anaxandra plays a small but crucial role in the first few days of an epic war and makes peace, at last, with her stolen identity. Cooney's trademark staccato narrative style gives the proceedings a breathless urgency, and if her telling lacks the grandeur of Adèle Geras's , for example, her gift for adopting the voices of adolescent girls results in a compulsively readable story and may well lead readers to other Greek myths. Ages 12-up.