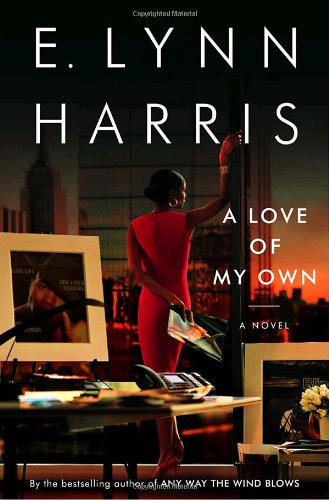 A LOVE OF MY OWN

All of the elements commonly found in a Harris novel—intrigue, scandal and soap-opera gorgeous protagonists—are on display in this flashy urban melodrama, a salacious, dialogue-heavy follow-up to Harris's . is the up-and-coming hip-hop magazine "for those who want everything," so it's appropriate that Zola Norwood, a motivated and manipulative "sistah" who thinks she has it all, serves as its editor-in-chief. Zola landed the position by sleeping with married media mogul Davis McClinton, but her on-demand sexual relationship with the African-American icon doesn't stop her from keeping a lover on the side. The narrative alternates between Zola's adventures and the efforts of Raymond Tyler, the new CEO of McClinton's publishing division, to get settled in the Big Apple. A recurring character in Harris's books, Raymond arrives on the scene having just ended a long-term relationship with his boyfriend. Ray finds solace with new friends, such as Zola, but his love life becomes complicated when Basil Henderson, an old friend and lover, enters his life once again. Harris's book starts at the end—with Raymond's parents learning he's in the ICU—which adds an element of suspense, but the real story here is how Ray and Zola grow and change after the World Trade Center is attacked. Inevitably, the tragedy propels Ray, Zola and their friends to reevaluate their priorities and, in so doing, become better people. A more serious effort than Harris's previous works, this book is loaded with sensational goings-on and characters, both old and new, who will keep readers returning for more of the same.