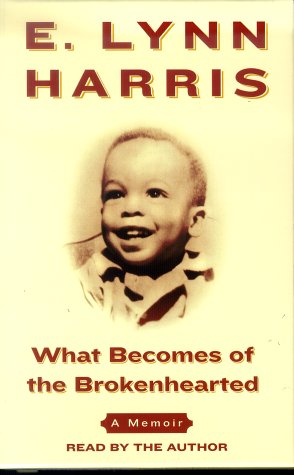 Widely known for his sexy, urban African-American novels (, etc.), Harris now reveals the inspiring story of his own life. Harris's smooth, Southern accent and conversational tone immediately put listeners at ease, and the heartfelt, unpretentious candor of his narration more than makes up for any details lost in the abridged audio translation. Convinced he would die "one of the brokenhearted," Harris recalls his struggles with his abusive father, his 1990 suicide attempt, his battle with depression and his first gay relationship. Though much of the memoir focuses on the difficulties he faces growing up poor in a small town and of a race that largely considered his homosexuality "inappropriate," the author's underlying message—that you can triumph through perseverance—is universal. Harris leavens his narrative with humorous anecdotes, including a particularly funny reminiscence of his first days at IBM, where he wore shiny suits from Sears, gold chains and sported the "world's largest Afro." Hearing Harris explain how he moved beyond his self-hatred and self-doubt to become the happy, successful author he is today should motivate listeners to make their own "happy endings."