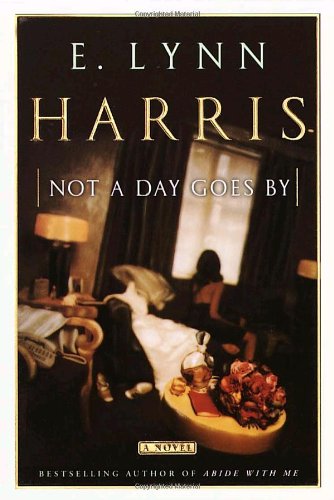 Not a Day Goes by

Following a string of bestselling novels featuring plots that mix romance, deception, betrayal and bisexuality, Harris (If This World Were Mine; Abide with Me) scores again with the much-anticipated return of two of his most popular characters. When John ""Basil"" Henderson, ex-football player and sports agent on the rise, falls in love with haughty, ambitious Broadway star Yancey Harrington Braxton, it seems like a perfect match. But on the couple's wedding day, which opens the book, the extravagant nuptials are suddenly canceled. The narrative retraces the couple's rocky courtship: Yancey arrives in Basil's life at a critical moment, when his football career is over and he's in therapy examining his bisexual past. He's entranced by gorgeous, stylish Yancey, especially because she looks so good on his arm, but though he feels true admiration and love, Basil also still pines for men. Determined to marry, have children, and keep his homosexual proclivities a secret, Basil doesn't realize that Yancey has a few secrets of her own. Her one true love from her college days reappears, with some scandalous news. When Yancey discovers Basil's ""other side,"" she is horrifiedDbut she quickly concocts a scheme to lay claim to Basil's riches. As usual with Harris, the romance is set within the lavish trappings of the Good Life: upscale vacations, lushly decorated homes, pricey designer duds. Harris has a ball with femme fatale Yancey, who chases film and TV roles with a relentless campaign of lies, party crashing and tantrums. With lean prose and witty dialogue, he brings some new notes, trills and riffs to his familiar song, and his patented knack for a wry, uproarious resolution is in full flower in this sexual War of the Roses. (Aug.)
close
Details