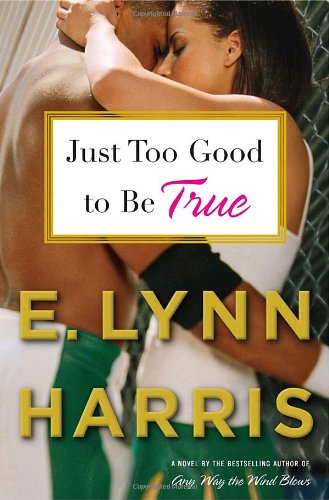 Just Too Good to Be True

In the latest cautionary tale from bestseller Harris ( , etc.), Brady Bledsoe, Georgia Central University football star and Heisman trophy hopeful, is a squeaky clean, churchgoing sort who has taken a public vow of celibacy until marriage. Shady sports agent Nico Benson hires hottie Raquel Murphy to work his hormones and get him to sign up with Nico's agency. She poses as Barrett Manning, a Georgia Central University cheerleader, and is soon Brady's cell's most dialed number. But Raquel/Barrett has a formidable adversary in Brady's mother, Camryn, the churchly owner of a popular Atlanta beauty salon. The cardboard characters and the flimsy attempts at college football verisimilitude make it difficult to suspend disbelief. Harris does eventually deliver enough steamy twists and revealed secrets to get the ball within field goal range, but the ending bangs against the uprights and falls with a thud.