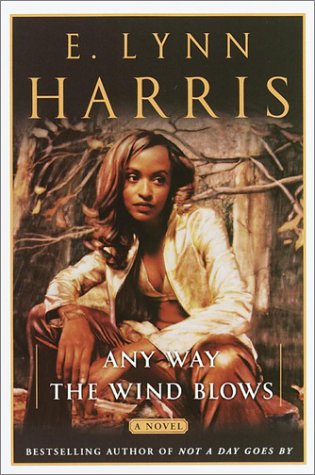 ANY WAY THE WIND BLOWS

John Basil Henderson, retired NFL tight end and self-styled "playa," is one of Harris's favorite characters, having brought his dastardly charm to several of the author's novels. In last year's , Basil finally found a lover as voracious as he, and as lacking in scruples: Broadway diva supreme Yancey Harrington Braxton. Their turbulent affair ended, spectacularly, when Basil left Yancey at the altar. This conflicted, not entirely lovable pair returns in Harris's latest urban romance. After Basil's very public jilting, Yancey set out for Los Angeles to pursue her dream of pop stardom. She returns to New York as Motown chanteuse Yancey B, ready to shoot the video for her first single. Still in Manhattan, Basil has turned football fame into a successful career as a sports agent. Far more principled in business than in love, Basil has little respect for the women he beds and even less for the men he sees "on the down low." As Yancey's provocative, autobiographical ballad climbs the charts, she and Basil are reluctantly reunited in a tangle of sex, suspense and scandalous secrets. The obsessive scheming of waiter/model/actor Bart Dunbar adds another layer of intrigue to this already outsized tale. By building his novel around three protagonists who are mostly lacking in moral sense, Harris takes the chance that readers will not be able to sympathize with them or appreciate their outrageous exploits. But the author gives each of his characters an externalized conscience in the form of a generous, loving, honorable best friend. By adding this human dimension to his main characters, Harris makes it a little easier for readers to enjoy his sassy contemporary melodrama.

Not a Day Goes By