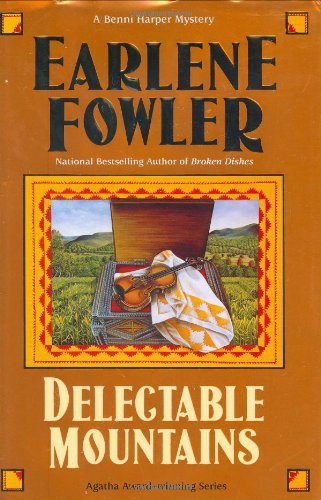 No wonder Benni Harper fans are so faithful—the woman can't even stay out of trouble in church. At the start of Fowler's topnotch 12th cozy to feature the quilter and amateur sleuth (after 2004's ), Benni stumbles on the body of church handyman Walt Adams, who's oozing blood onto the sanctuary's new carpeting. Who would hurt a sweet old caretaker? On the other hand, what did anyone really know about Walt's past? Both the policemen in Benni's life—her Latino hunk hubby, Gabe Ortiz, and Ford "Hud" Hudson, who'd love to be more than her friend—warn her to leave the detective work to the professionals, but as usual, Benni leaps first and thinks later. Between Walt's murder and the disappearance of a valuable violin from the San Celina, Calif., folk museum, Gabe and Benni have their hands full. The surprise visit of Gabe's long-estranged cousin, Luis, adds to their difficulties, as he and Gabe seek to work through their differences, and Benni seeks to referee. Gabe's reluctance to open up to Benni propels the three-year Ortiz-Harper union into some rough waters. A heart-hammering hostage situation leads to a highly unexpected ending, while most readers will approve of the almost-but-not-quite-resolved Benni-Hud relationship.