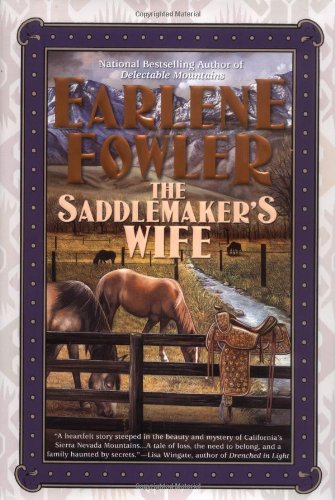 Fowler's lucky 13th novel, a departure from her Agatha Award–winning Benni Harper series ( , etc.), offers a poignant tale of a family fractured by the secrets of the past. Ruby McGavin, grieving over the recent death of her husband, Cole, is shocked to discover that Cole lied to her about his family. They're not all dead, as he told her, but very much alive, and in his will, he has left her his share of the family ranch in California. Ruby heads to tiny Cardinal, Calif., with Cole's ashes, intent on selling her share of the ranch, but she quickly realizes that Cole had hidden many things from her. Cole's younger brother, Lucas, who has fled his life as a lawyer in San Francisco, has returned to Cardinal, where he scrapes out a life as a saddlemaker. Slowly Ruby and Lucas edge closer to the truth of a secret that haunts both their lives. Fowler, with her gift for drawing painfully real and credible characters, takes the reader along on an emotionally powerful ride. This could well be her breakout book.