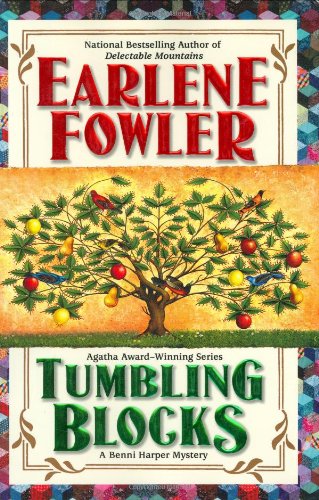 With the imminent arrival of her mother-in-law, unfinished Christmas shopping and unexpected dog-sitting responsibilities, Benni Harper, amateur sleuth and folk art museum curator in San Celina, Calif., has enough on her hands even before she looks into a suspicious death in Fowler's delightful 13th entry in her Agatha Award–winning series (after 2006's ). When Constance Sinclair, Benni's boss, can't get help from Benni's police chief husband, Gabe, the art patroness demands that Benni investigate the death of her friend Arva "Pinky" Edmondson. Pinky apparently died of a heart attack in her sleep, but Constance is convinced she was murdered by one of the local socialites vying for admittance to the exclusive 49 Club. Benni delves into the secrets of the town's elite with her usual flair, unraveling a plot that is as dangerous as the bulls on her father's ranch and as cozy as the quilts she reveres.