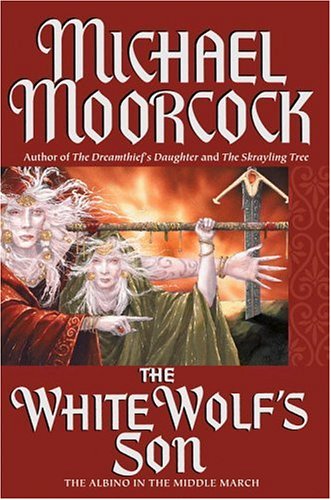 In British author Moorcock's latest installment in an epic fantasy saga that began in 1965, Prince Gaynor the Damned and his sidekick, Klosterheim, plot the end of the created universe and try to capture a 12-year-old English girl, Oonagh von Bek, to attain their ends. The Dreamthief's daughter, Oona (who's Oonagh's grandmother); Elric of Melniboné; and others who constantly fight to restore, maintain and sometimes destroy the Cosmic Balance seek to protect the girl and, eventually, another youngster kin to Elric and Oona. Told from the viewpoint of young Oonagh and filtered through her later adult perspective, the adventure starts in Yorkshire then spans the multiverse and several versions of Mirenburg to reach its climax in the Dark Empire of Granbretan. Informative philosophizing by various characters adds to, rather than impedes, the complex and entertaining plot. In lesser hands such intrusions as Una Persson's spiel on Elric's Dream of a Thousand Years probably wouldn't work, but from the ever original, vastly influential Moorcock ( ), they only enhance a triumph of mature talent and imagination. .