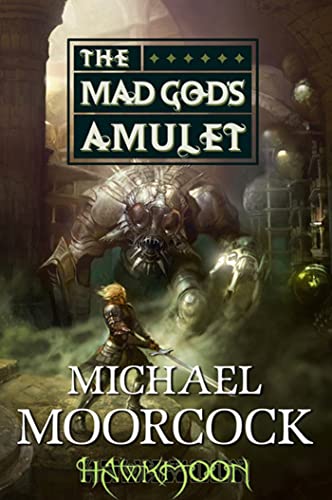 Venerable fantasy author Moorcock returns to the far future world of the Runestaff in this 1968 sequel to . Dorian Hawkmoon's journey back to Castle Brass is interrupted by seemingly chance encounters, first with Granbretan's forces and then with a series of increasingly dangerous foes. Aided by his faithful companions, Hawkmoon must outwit the Dark Empire, defeat pirates and monsters, and overcome the Mad God and his army of madwomen to rescue his beloved (and tissue-thin) Yisselda and save Castle Brass. The frenetic action comes at the cost of characterization, and Moorcock unabashedly embraces extraordinary, contrived coincidences as he pushes his protagonists to inevitable victory against overwhelming forces. Some readers will find the story quaintly charming, while others will think it hopelessly outdated.