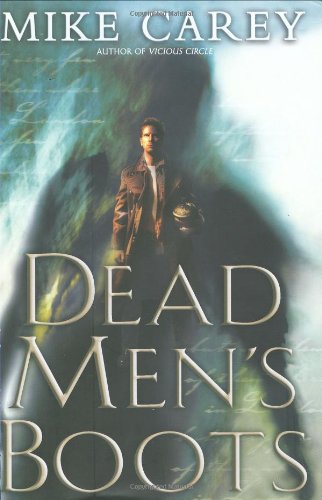 Every bit as good as the better-known Jim Butcher, Carey hits his stride with his third hard-boiled supernatural thriller (after ). Felix “Fix” Castor, a London-based exorcist who uses music to fight evil spirits and other paranormal creatures, faces two major challenges. The burial of Fix’s friend John Gittings is disrupted by a lawyer with a court order mandating that the corpse be cremated; Gittings’s widow retains Fix to prevent the body’s exhumation. Meanwhile, a woman asks Fix to clear her husband of rape and murder charges by proving that Myriam Seaforth Kale, a gangster who’s been dead for 40 years, is actually responsible. While looking into how Kale has come back from the dead to resume killing people, Fix finds links to a larger threat from the dark side. Carey has a way with words (a character dresses “like someone who’d taken a little too seriously”) as well as a gift for creating a plausible alternate reality.