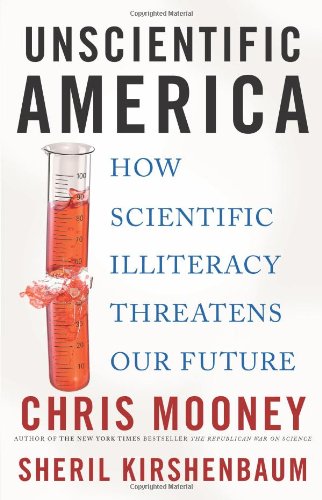 Mooney, author of the bestselling , and Kirshenbaum, a marine scientist at Duke and former congressional science fellow, argue that the public ruckus caused when astronomers stripped Pluto of its planetary status demonstrates the disconnect between scientists and the general public, who share only a sense of mutual distrust. The authors place the blame for this squarely on both sides, as well as on the media (TV shows that misrepresent medical science and films that portray scientists as evil or nerdy), and plead for an improved level of discourse. But their repeated assertion that science and religion are compatible will not convince anyone who believes otherwise. Mooney showed his ideological colors in , and with their attacks on President Bush, he and his coauthor can't be accused of being nonpartisan here, despite their call for less partisan, nonideological debate. Some readers may also balk at paying $25 for a book nearly a third of which consists of notes and documentation. Nevertheless, Mooney and Kirshenbaum make valid arguments that can only help to further the public debate about these important issues.