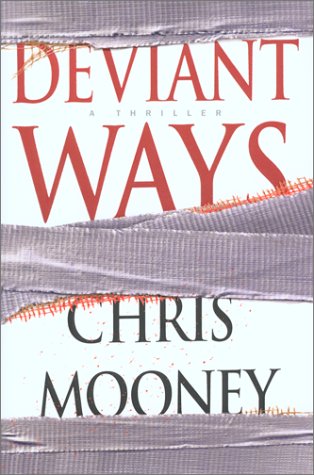 The familiar device of revenge killing is given horrific new twists in this gripping debut, as Mooney propels the reader into breathless suspense. The action kicks off with a literal bang: it's July 4 in Marblehead, Mass., where a serial killer, determined to erase evidence of a multiple slaying, sets off a bomb that wipes out several homes. Called in to investigate is Jack Casey, a former hotshot FBI profiler who's attempting to mend his shattered life as a detective on the Marblehead police force. Six years earlier, he watched, bound and drugged, while a madman killed his wife and unborn child. As the house bombings continue, Jack's assignment begins to undermine his sanity; recollections of the past crowd upon him, and his increasingly fragile condition threatens a current romantic relationship. Along the way Casey joins forces with the dark and fascinating Malcolm Fletcher, a renegade from the profiling department given to quoting Oscar Wilde, reading Le Morte d'Arthur in French and delivering the odd wisecrack (""I've seen your efforts. A high school freshman trying to unclasp a bra has a more polished approach""). Fascinating, too, is the novel's villain, the self-proclaimed Sandman, whose fiendish use of up-to-the-minute technology, for both surveillance and destruction, lends the novel some of its most distinctive details. Mooney's cinematic eye, unerring ear for vivid dialogue and deft touches of humanityDoften interjected in moving counterpoint to the plot's malevolenceDcombine to turn this novel, despite some genre clich s (e.g., the traumatized cop), into a rousing read. (Oct.)
close
Details