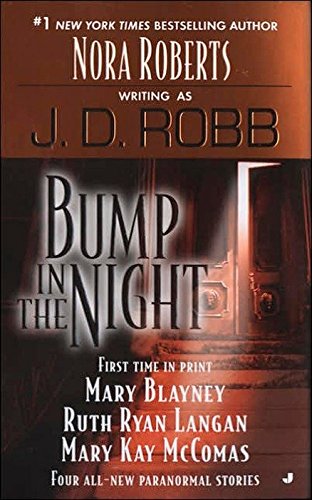 Bump in the Night

A talky, tepid entry from Robb/Roberts sets the stage for a disjointed and mostly disappointing collection of paranormal romances. Only Robb's and Ryan's stories adhere to the volume's "bump in the night" theme, and they are the weakest by far. The former, which centers on a murder in a haunted house, substitutes tough cop talk between series detective Eve Dallas and her assistant for verve and suspense; the latter spins a by-the-numbers romance between two workaholics who find love and inner peace while relaxing near a haunted lake. The remaining stories feature a sunnier atmosphere and more well-developed protagonists. Blayney tells a sweet if conventional 19th-century romance in which a young girl's magic coin helps a widow and a down-on-his-luck officer find happiness. But it's the inventive contribution from relative unknown McComas, about a woman who changes her life for the better with the help of her handsome imaginary friend, that steals the show. McComas focuses on the most important relationship of all—the relationship one has with oneself—and spins an introspective and irresistible story that, for some readers, may make this collection worthwhile.