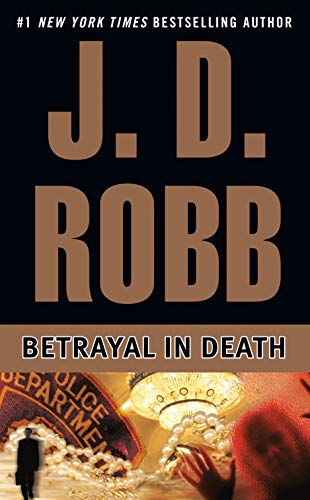 This 12th installment in Robb's (aka Nora Roberts) popular and critically praised futuristic cop series, set in the year 2059, finds Lt. Eve Dallas butting heads with the FBI in a race to take down a hired killer who appears to be targeting the employees of her wealthy hotelier husband, Roarke. Adding to Eve's suspicions is the sudden and unexpected visit by one of Roarke's boyhood chums from Dublin—a shady character named Mick Connelly who used to run with Roarke when they were petty thieves and con men—shortly after the first murder. Eve knows Mick is not the killer; in fact, she's tussled with the prime suspect, Sly Yost, before, and his signature modus operandi, what he would call "murder with class," is unmistakable. Sly's an anal sort with a taste for fine art, classical music, rape and strangulation by silver wire. But, master of disguise that he is, finding him is virtually impossible. Since the murders all take place at Roarke's hotel, Eve allows him to assist in the investigation, a stroke of creative genius on Robb's part that plays on the strengths that brought them together way back in book one ( ), and that serves to bring out Eve's softer side. So certain is Robb at maintaining an atmospheric setting for this well-paced and expertly rendered series, followers will feel as if they have gone home to the future.