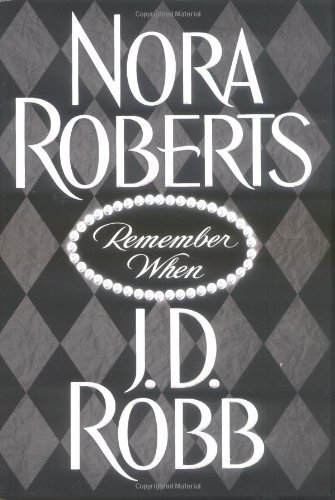 A perfect marriage of sensuality and suspense, this sparkling new offering from Roberts (, etc.) and her alter ego, Robb (, etc.) takes readers on a two-part journey—first to the quaint burg of Angel's Gap, Md., and then to New York City, 56 years in the future. A multimillion-dollar diamond heist connects the two halves and fuels the first story, which focuses on the romance between sexy PI Max Gannon, who's working for the company that insured the diamonds, and smalltown antiques dealer Laine Tavish, daughter of a notorious thief. Laine has worked hard to overcome her heritage, but when her father's best friend is killed outside her shop, she becomes the target of a ruthless killer who thinks she has her father's share of the take. Because the story skips ahead in time, Max and Laine have little time to explore their affection for each other, but Roberts still manages to make their whirlwind romance both believable and charming. A nerve-shattering encounter between Laine and the villain shows Laine to be as capable and crafty as Lt. Eve Dallas, who's the driving force behind the novel's second half. Set in the year 2059, the continuation finds Eve on the trail of a murderer who's after the diamonds that were never recovered from the decades-old heist. Though the identity of the criminal is apparent midway through, Eve's charismatic personality and colorful crew—including her former thief husband, Roarke, and her partner, Peabody—keep the energy level high. A true master of her craft, Roberts has penned an exceptional tale that burns with all the brilliance and fire of a finely cut diamond.