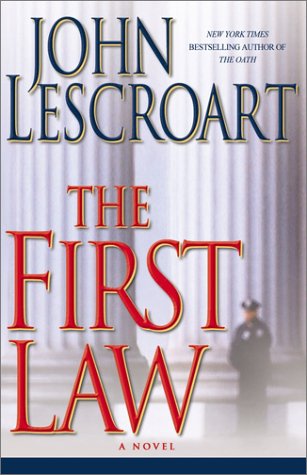 Abe Glitsky, the gruff, hard-nosed homicide cop from San Francisco who typically plays a supporting role in Lescroart's line of legal thrillers (; ; etc.), takes center stage in the series's 11th entry. After convalescing for 13 months from a gunshot wound suffered in last year's , Glitsky finally returns to the force, only to discover that his beloved homicide detail is now under the command of someone else. Glitsky is assigned to head the payroll department. Embittered about his new job and itching to return to real police work, Glitsky starts poking around when one of his father's friends, a pawnshop owner, is shot to death. His superiors warn him to stop trying to horn his way back into homicide, but it soon becomes apparent to Glitsky—and the series's usual star, defense attorney Dismas Hardy—that the case is far more significant than a simple robbery gone bad; it's part of a string of murders that appear to be connected to a private security company that provides protection for much of the city's business community. Worse, somebody on the police force is trying to cover up the murder spree and frame one of Hardy's clients for it. With his latest, Lescroart again lands in the top tier of crime fiction. On display are his usual strengths—a grasp of current social and legal issues, an insider's knowledge of San Francisco and an ability to draw characters with sensitive, nuanced strokes. Even when his plots grow a little far-fetched—as this one does toward the end—Lescroart's storytelling skills conceal the blemishes.