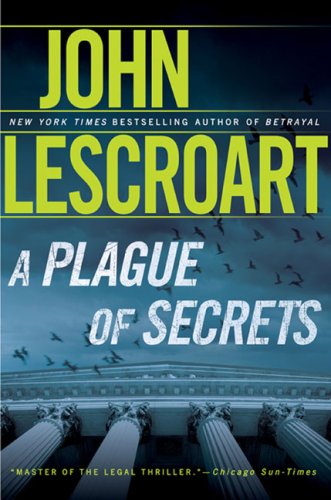 A Plague of Secrets

A brisk pace, sharp dialogue and believable characters propel bestseller Lescroart's 13th thriller to feature San Francisco defense attorney Dismas Hardy (after ). When someone shoots Dylan Volger in an alley near the coffee shop he managed, Bay Beans West, the cops discover a load of marijuana in the victim's backpack, a crop of weed growing in his attic and a customer list that includes a judge and several local officials. Suspicion centers on Hardy's client and Bay Beans West's owner, Maya Townshend, who's the sister of a city supervisor and the mayor's niece. That Maya was paying Volger an unusually high salary of $90,000 suggests he was blackmailing her. An arrogant U.S. attorney decides to turn the trial into a “career-making moment,” invoking a little-known law to prosecute Maya. Lescroart skillfully juggles myriad plot threads, including one involving homicide detective Abe Glitsky, a series regular, whose young son is in a coma after a car accident.