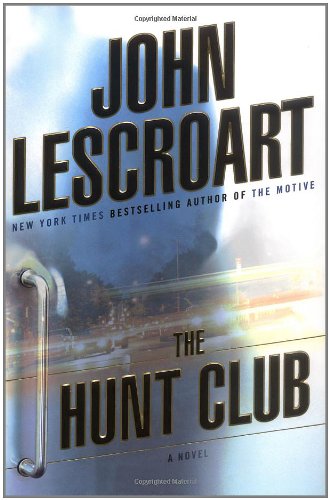 The heroes of Lescroart's popular Dismas Hardy/Abe Glitsky series ( ; etc.) have reached the point where age and professional success keep them from the gritty street-level investigations that made their adventures so good. While promising that he hasn't abandoned the duo, Lescroart keeps the action high by inaugurating a new San Francisco series, starring private investigator Wyatt Hunt and homicide detective Devin Juhle. Longtime Lescroart fans can relax: these pals are at least as interesting and enterprising as Hardy/Glitsky. Hunt's eccentric pack of friends and associates (aka the loose organization known as the Hunt Club) are investigating the murder of a federal judge and his young girlfriend. What would normally be a job for the police becomes personal after Hunt's love interest, who has connections to the judge, goes missing. Both Hunt and Juhle have appropriately troubled pasts: Hunt was forced out of a career as a child protective services officer, and Juhle is trying to live down a shoot-out that killed his last partner. As a PI, Hunt is free to detect in unorthodox and entertaining ways, while Juhle brings to bear the technical and logistic resources of official law enforcement. Most readers will agree that it's a great combination, both on the job and on the page.