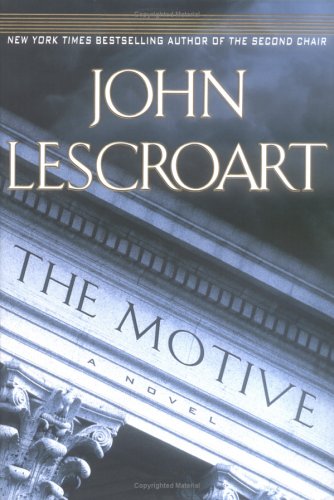 In the latest installment of the Glitsky-Hardy crime-solving series ( ; ; etc.), San Francisco–based Lescroart again demonstrates his mastery of how things work in the city by the bay. Arson investigators at a Victorian townhouse fire do not call in Abe Glitsky or Dismas Hardy when they discover two bodies believed to be the remains of influential businessman Paul Hanover and his girlfriend, Missy D'Amiens. Glitsky, now deputy chief of inspectors, doesn't handle individual cases, and attorney Dismas Hardy has long since left the police force. Sgt. Dan Cuneo takes charge, quickly jumping to conclusions and slowly rekindling his grudge against the detecting duo. Unhappy with Cuneo's approach, the mayor puts Glitsky on the job, while Hardy is hired by Hanover's daughter-in-law, who was also Hardy's college sweetheart and is now a murder defendant with no alibi but plenty of motive. Parallel inquiries uncover contradictory evidence as well as loose ends: at the time of his death, Hanover was up for a federal appointment, his company was up for a city contract and his girlfriend has a mysterious past. Lescroart draws the reader in with a step-by-step description of the fire, mesmerizes with an account of the intricacies of the auto-towing business and winds up with a disturbing parable of intrigue abroad, adding the wistful touch of a new baby in the Glitsky household. Lescroart may be testing the waters for fiction with an international flavor. For now, the winningly ironic author remains more credible on urban and legal ground than spy craft, but his authentic voice, methodical presentation and ability to juggle red herrings until all pieces fall into place will keep fans following wherever his cop-lawyer friends-heroes lead.