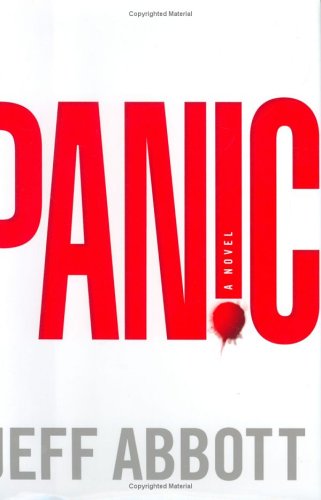 An unassuming documentary filmmaker is plunged into the dark world of contract killing and espionage in this superior, fast-paced thriller, Abbott's eighth outing (after ). Evan Casher's safe, quiet life in Austin, Tex., begins to unravel when he discovers his mother murdered and barely escapes death himself, the first of dozens of close calls and harrowing twists as he finds himself the prey of a dangerous freelance spy ring known as the Deeps. This shadowy network is led by Jargo, a cunning, brutally efficient point man who believes that Casher has a computer file containing secret information about the organization's contacts. Casher is baffled until he learns the stunning truth: his mother, a travel photographer, and his father, a computer consultant, were actually secret agents, and large aspects of Casher's life were complete fabrications. (Turns out his girlfriend also works for the Deeps.) The action jumps from Texas to London to Florida as Casher tries to stay a step ahead of Jargo, find the computer file and rescue his father, who's being held by the Deeps. Abbott has fashioned another burst of white-knuckled suspense that's extremely hard to put down.