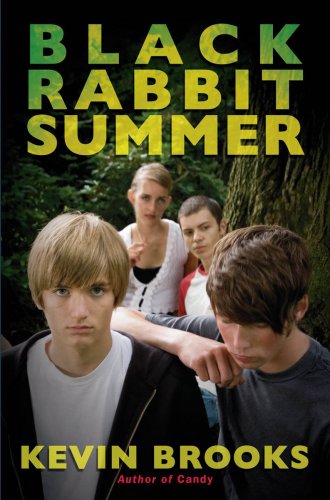 Sinister yet seductive, this brooding thriller bears all the Brooks ( ) hallmarks, chiefly the British author’s painful awareness of teenage alienation, made urgent by violent events; and a marked taste for ambiguity. Five teens precede a trip to a carnival with a visit to their long-abandoned hideout; as the narrator, Pete, explains, all five used to be friends, now they see one another as “people you used to know.” The next morning, one of them is missing—Raymond, a borderline type who believes his black rabbit can talk to him—as is a local girl turned wild-child celebrity, seen taunting Raymond the previous evening. As the police hunt for the starlet, Pete alone worries about Raymond and begins trying to track him. Brooks calibrates the relationships among these characters with such subtlety that readers get swept up even by the MacGuffins, and it’s in the characters’ hidden histories that Pete finds his clues. A running motif about the relationship between close observation and intuition might encourage readers to pay unusually strict attention; it will equip them for the semi-open ending. Ages 12–up.