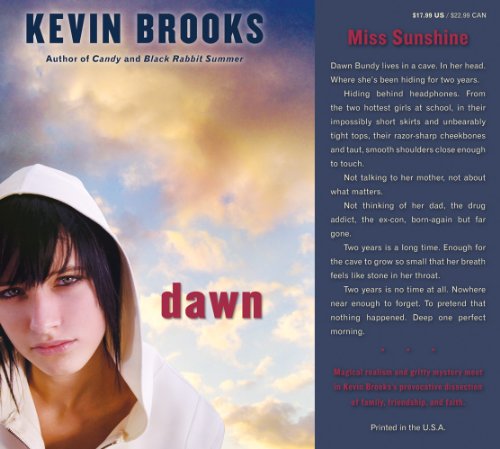 Brooks ( ) delivers a tense psychological thriller narrated by 15-year-old Dawn, traumatized after an event that prompted her father to disappear two years earlier and left her with an alcoholic, pill-popping mother. A loner, Dawn walks her dogs Jesus and Mary, listens to the Jesus and Mary Chain, and plots how she might kill God (who she blames for her father's transgression and absence) even though “He doesn't exist. Which is why it's going to be kind of difficult to kill him.” The “two badass-iest girls from school” insert themselves into Dawn's life and begin to untangle the web of secrets that keep Dawn and her mother in stasis. Dawn's narration, punctuated with lists and song lyrics, proves compelling as the mystery unravels about her father's crimes, what transpired between Dawn and her father, and what her mother knows about it. Brooks presents the story's dark underpinnings—including substance abuse, drug dealing, and sexual abuse—responsibly and with suspense. Though this hard-hitting novel does not deliver happy endings, acceptance of the truth offers the characters a new beginning. Ages 14–up.