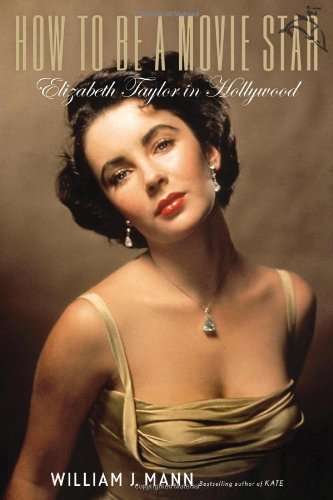 How to Be a Movie Star: Elizabeth Taylor in Hollywood.

In his proficient and titillating biography of one of the last greats to emerge from the Hollywood studio system, Mann ( ) spotlights Taylor's feverish, sensuous years during the high '50s and '60s, when she set her own standards of fame, both moral and professional. Tinged by scandal as well as touched by greatness as an actress, Taylor was the first female movie star to earn a million dollars for a movie plus a share of the profits ( in 1963). Mann relishes depicting Taylor's larger-than-life appetites, whether for men, jewels or food, and marvels at her ability to arouse and sidestep scandal, as well as to demonstrate continually a singular devotion to her acting craft, as captured in and Taylor managed not only to play along with the old Hollywood system perfectly—for example, allowing MGM to orchestrate her first marriage to Nicky Hilton in 1950 in order to pump publicity for her film —but to flout it outrageously, e.g., by becoming the ultimate home wrecker in Eddie Fisher's marriage, and all to her advantage. Mann employs an authoritative voice, promising intimacies but still remaining respectful of his subject, and concentrates on Taylor's skillful use of marriages and illness to get what she wanted. By refusing to apologize for her flagrant adulterous affair with Richard Burton, Taylor possibly “spurred the sexual revolution of the 1960s,” Mann suggests. Reading this life is like gorging on a chocolate sundae.