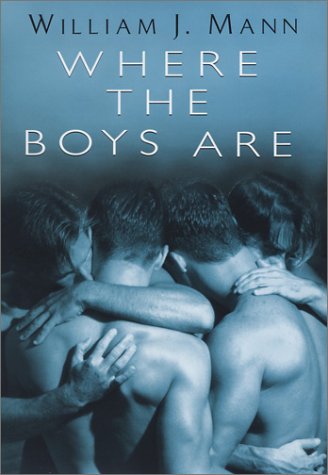 WHERE THE BOYS ARE

Mann continues to chart the lives, lusts and losses of Jeff O'Brien and Lloyd Griffith, who first appeared in his 1997 novel, . This lively sequel finds them estranged after six years together, yet considering a reconciliation. The death from AIDS of their mutual best friend and mentor David Javitz sent them scurrying in different directions: Jeff to discover a blissful bachelorhood of drugs, circuit parties and dance floor groping in Boston, and Lloyd to adopt a peaceful, celibate Provincetown lifestyle, exploring his spiritual side and running a guesthouse with friend Eva. Can these two men find common ground again? Lurking in the background are several friends who stand in their way: Jeff's current squeeze, the independently wealthy Anthony; Henry, Jeff's smitten best friend; and the widowed, emotionally unstable Eva. Each reveals his or her own secrets while selfishly pecking away at Jeff and Lloyd's happiness. This is especially true of Henry, who is indebted to Jeff for helping to transform him from nerdy nobody to muscular hottie. The chatty story is related from different characters' perspectives, the better to reveal their occasionally earnest but generally shallow motives. Mann doesn't skimp on cattiness, camp and clever barbs, yet he addresses serious subjects—safe sex, gay families, moral responsibility—as well. But at more than 400 tight-packed pages, the onslaught of rapid-fire, sitcom-style repartee and melodrama may have some circuit boys leaving this dance early.