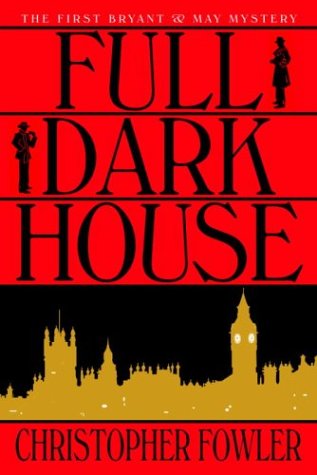 It's no surprise to find plenty of gothic touches in British author Fowler's debut mystery, the first in a series, given the renown of his horror fiction ( , etc.). When 80-year-old police detective Arthur Bryant gets blown up in an explosion at the North London Peculiar Crimes Unit headquarters, his longtime partner, John May, investigates his death. After some long, lecturing dialogue and an early chapter told from the viewpoint of a character who turns out to be of no consequence, the author reaches the core of his story—a flashback to the duo's first case during the London Blitz. In late 1940, the Palace Theatre is staging a production when the body of a dancer is found, sans feet. From this point forward, the intrigues of the theater murders, which decimate the cast, create considerable drama. The potency of Greek myth, conjured up by the opera being staged, is skillfully played out in the detectives' theories about the killer. The dynamic between May and Bryant makes for compelling reading, while the hubris of a police underling, Sidney Biddle, provides additional tension. Both past and present plots reach satisfying resolutions. Now that Fowler has set the stage, no doubt his second Bryant and May mystery will get off to a better start.