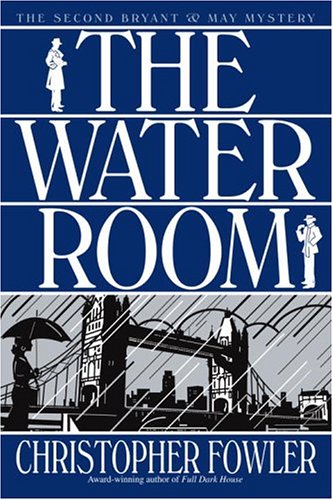 Traditional mystery buffs with a taste for the offbeat will relish British author Fowler's wonderful second contemporary whodunit featuring the Peculiar Crimes Unit and its elderly odd couple, Arthur Bryant and John May (after 2004's ). A former colleague asks the eccentric Bryant, whose lack of polish coupled with a razor-sharp mind will remind many of Carter Dickson's Sir Henry Merrivale, to investigate his sister's death. Incredibly, the victim was found dead in her basement, apparently drowned, despite the absence of any moisture on her body or her surroundings. Bryant rapidly loops in his more down-to-earth partner, May, who has also been looking into a mystery with a personal connection—the unusual nocturnal ramblings of a disgraced academic who has begun probing London's underground rivers. More strange deaths follow before the unmasking of the surprising murderer. The author's black humor evokes Peter Lovesey's Peter Diamond series, and his successful revival of the impossible crime genre is reminiscent of John Sladek's superb Thackeray Phin novels, and . Best known for his horror fiction ( , etc.), Fowler should win a whole new set of readers with these fair-play puzzlers. .