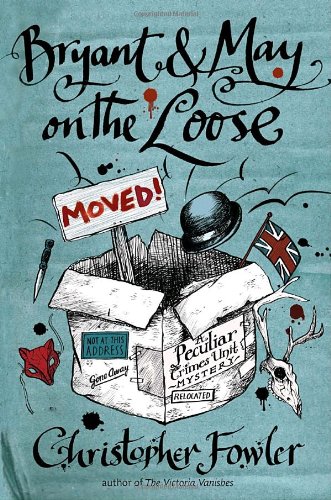 Bryant & May on the Loose: A Peculiar Crimes Unit Mystery

Fowler’s unique blend of the comic and the grotesque is on full display in his excellent seventh Peculiar Crimes Unit mystery (after 2008’s ). With the special police unit shut down, Arthur Bryant is feeling withdrawn and depressed while his partner, John May, is considering PI work. When a former team member stumbles on a beheaded corpse in the heart of London’s King’s Cross neighborhood, May artfully uses the discovery to gain the PCU another lease on life. He persuades the higherups that unsolved gang crimes in the area could threaten the economic benefit anticipated from the 2012 Olympics. Given one week to solve the case, without any official sanction or access to police resources, May pulls Bryant out of his doldrums and reassembles the unit. To May’s dismay, his colleague is more interested in reports that a man wearing a stag’s head has been seen in the area. The pacing, prose, planting of clues and characterizations are all top-notch.