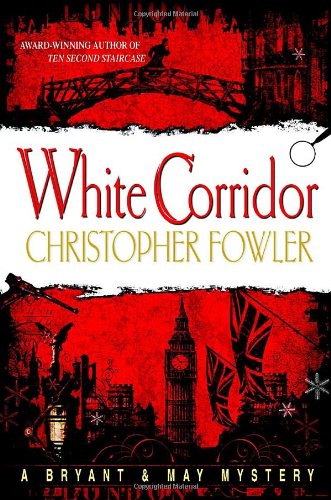 lending humor and brilliant detection, Fowler’s excellent fifth novel to feature the engaging if bizarre exploits of London’s Peculiar Crimes Unit (after 2006’s ) offers two challenging mysteries for his pair of eccentric sleuths, Arthur Bryant and John May. While driving to an international spiritualists’ convention, Bryant and May find themselves trapped on the road near Dartmoor in a blizzard. Lurking among the stalled vehicles is a man who may be a multiple murderer. At the same time, the two try to help via cellphone their colleagues back in London, who must solve the locked-room murder of a PCU member, retiring pathologist Oswald Finch, before the unit is finally shut down for good. The fair-play solution will particularly satisfy lovers of golden age mysteries. Once again, Fowler shows himself to be a master of the “impossible crime” tale.