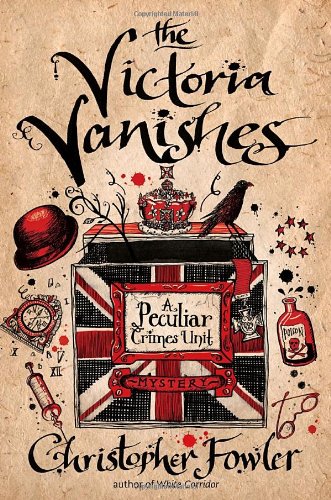 Officialdom casts a skeptical eye on the unorthodox crime solving of London's Peculiar Crimes Unit in Fowler's excellent sixth novel to feature senior detectives Arthur Bryant and John May (after 2007's ). While the unit's members scheme to insure their professional survival, a serial killer is targeting middle-aged women who drop dead in pubs, apparently of natural causes. Bryant puts the investigation on his team's docket after realizing that he observed one of the victims, shortly before her demise, enter the Victoria Cross, a pub that hasn't existed for almost a century. Characters who could easily have been caricatures in lesser hands assume enough depth to make them both plausible and engaging. If this is indeed the last in the series as the conclusion suggests, then the versatile author has ended on a high note. Those who appreciate Fowler's special blend of the macabre, dark humor and impossible crime puzzles will wish they haven't seen the last of Bryant and May.