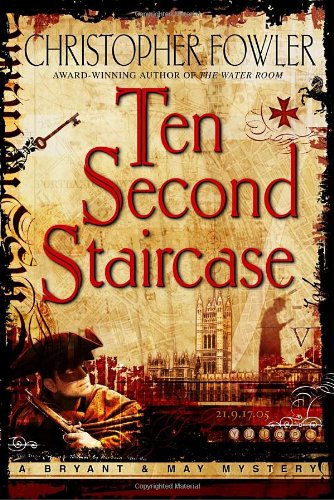 After the somewhat disappointing (2005), British author Fowler smoothly blends humor, deduction and social commentary in his fourth oddball whodunit to pay homage to John Dickson Carr and other golden age masters of the impossible crime story. Besides matching a bizarre series of crimes with a logical and plausible fair-play solution, the novel features a high level of psychological complexity, especially in its detectives, the elderly eccentrics Arthur Bryant (who clearly channels Carr's brilliant curmudgeon, Sir Henry Merrivale) and John May. With the pair's beloved Peculiar Crimes Unit on the brink of extinction, Bryant and May must both resolve a cold case featuring the Leicester Square Vampire, whose victims included May's own daughter, and identify the Highwayman, who specializes in locked-room murders of hated celebrities. Far superior to the author's best earlier work, this fine effort places Fowler in the first rank of contemporary mystery writers and whets the appetite for the next Bryant and May case.