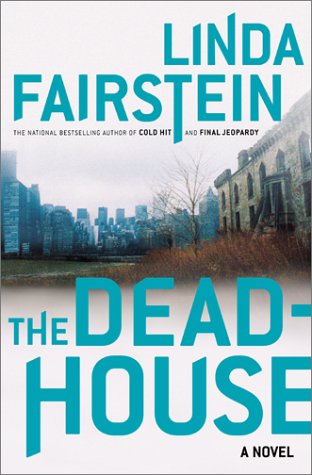 When archeologist Lola Dakota is found dead at the bottom of an elevator shaft in her apartment building on Manhattan's Upper West Side, assistant D.A. Alexandra Cooper takes on one of her darkest cases yet in this compelling mystery from bestseller Fairstein (). Alexandra, aided by homicide detective Mike Chapman, must sift through the testimonies of Dakota's close-mouthed colleagues at small, experimental King's College. Despite bitter December weather, the professor was engaged in an archaeological dig on the city's Roosevelt Island for clues about the criminals and mental patients shipped there a hundred years ago and left to die. Cooper, who had been working with Dakota to apprehend her abusive husband, now reaches out to Lola's resistant family and legal counsel in New Jersey, where she has been hiding out. And what of Charlotte Voight, a young woman who disappeared several months ago? The city is ablaze with holiday lights and cheer, Mike is acting peculiarly, team member Mercer Wallace—injured in —rejoins them late in the game, and Alex and new love Jake, a news correspondent, might be breaking up. Fairstein weaves present and past woes to good effect, while her focus on Roosevelt Island will intrigue New Yorkers who know little about its shameful former uses. A somewhat abrupt resolution, as well as a few loose strands, will leave the reader eager for a later date with the D.A.