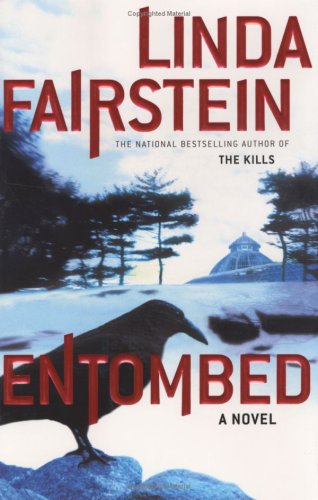 The specter of Edgar Allan Poe hovers, chillingly, over bestseller Fairstein's seventh thriller featuring Manhattan sex crimes prosecutor Alexandra Cooper. Alex's labyrinthine path to a serial killer travels through a lot of forensic evidence and two initially unconnected cases: the Silk Stocking rapist is terrorizing women after a few years' respite and a woman's skeleton is discovered in the wall of an East Village building. Said discovery takes on additional dimension when it's learned that the victim was walled up alive and that the house was once inhabited by Poe. Freelance writer Emily Upshaw appears, at first glance, to be the Silk Stocking rapist's latest victim, but several details feel off to Alex and NYPD detective sidekicks Mike Chapman and Mercer Wallace. Emily, it's determined, is the victim of a copycat, but she does have a tenuous link to Poe and to a secret organization called the Raven Society. These are the puzzle pieces that Alex and company work with, in a tale that develops like the proverbial peeled onion, a layer at a time. Alex, fresh from a breakup, also continues her unconsummated flirtation with Mike. It's a tribute to Fairstein's integrity and her clear, measured prose that the novel never tips into prurience. Her methodical presentation of authentic detail engages reader interest more than narrative flourish or cheap thrills. She's the real deal.