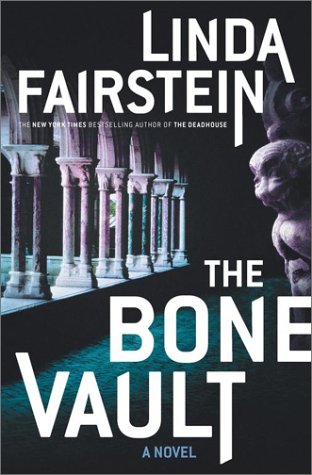 Fairstein's 25-year stint as head of the Sex Crimes Unit in the Manhattan DA's office once again makes for an authoritative and fact-filled mystery (her fifth after ) featuring alter-ego assistant DA Alexandra Cooper. "Coop" is an attractive workaholic in her 30s, ambivalent about her current relationship with an always-on-the-road NBC correspondent. While she's attending a reception at the Metropolitan Museum of Art, new Met director Pierre Thibodaux pulls her aside and asks for help with a recent crisis: a customs security dog found that a Met sarcophagus ready for shipment back to Cairo contained the corpse of a young female researcher from the Cloisters, the Met's medieval branch. Coop calls her usual NYPD sidekick detectives, brash Mike Chapman and burly Mercer Wallace, and the trio sets out to search among the museum's bookish staff and rich benefactors for a killer with a motive. In the meantime, Coop and Chapman, who should be a couple but don't know it yet, lecture one another on ancient history and contemporary law, and place bets on questions. Readers also learn about such subjects as Inuit funeral rituals, the average growth rate for human hair, the habits of stalkers and rapists and modern techniques of sadomasochism. Fairstein has a heavy-handed way of working this information into the dialogue, and the plot resolution strains credibility. Yet the quick-witted Cooper is as likable as ever, and fans of Fairstein's other books will find this satisfying—if not standout—fare.