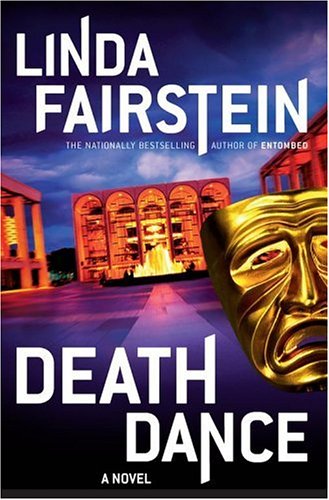 Reunited with fellow Manhattan crime scene investigators Mike Chapman and Mercer Wallace, brazen, outspoken Alexandra Cooper, assistant DA for the sex crimes prosecution unit, tackles the case of a murdered dancer with the Royal Ballet. While it was no secret that "world-renowned" Russian ballerina Natalya Galinova had a bad attitude and a cuckolded husband, that she was tossed, undetected, into the cooling unit at the Metropolitan Opera House still comes as a shock, even to a whole slew of suspects, among them her agent, Rinaldo; Broadway kingpin and voyeur Joe Berk; Berk's shady niece Mona; and the Met's slippery artistic director, Chet Dobbis. Varied clues paired with the fascinating theatrical spadework involved in the opera business lead to a sidewalk electrocution and several sabotaged stage sets. As additional suspects are tacked on, concurrent evidence and motives surface and the stage becomes increasingly deadly for everyone involved, especially Alex. Running alongside is a rape subplot involving an elusive Turkish doctor, and an unsolved urban assault case. Despite the overcrowded plot, this whodunit manages to pirouette to a satisfying climax just as the curtain drops. Fairstein ( ) fans will undoubtedly demand an encore.