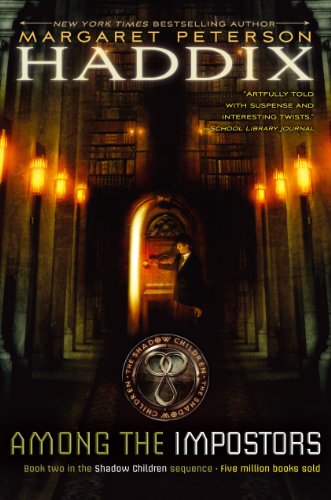 Continuing the story of Luke Garner, a third child born under a futuristic government that only allows two children per family, this sequel to picks up with Luke finally out of hiding and going to boarding school under an assumed identity. While Haddix is often able to capture the suspense of her earlier work, this installment gets mired in too many confusing details, and the conclusion is flimsy. As Luke's initial bewilderment at Hendricks School for Boys subsides, he begins to notice that some students behave strangely—some appear to respond to several different names, and others are constantly holding themselves, rocking. When he discovers a bunch of other "exnays," or third children, meeting in the woods, he hopes that he's finally found a community where he belongs. But Luke is still frightened of being turned over to the Population Police—should he trust these kids with his true identity? The descriptions of the school, windowless and built like a labyrinth, combined with accounts of obtuse school staff, give Haddix's story the appropriate nightmarish quality, and readers will understand Luke's constant feelings of anxiety. Other plot points are harder to follow, such as the confusing test the exnays put new kids through to see if they are third children. In the end, Mr. Hendricks, the school's founder, shows up to shed light on all the mysteries, but his explanations are less than believable, and questions left unanswered point too obviously to another sequel. Ages 9-14.